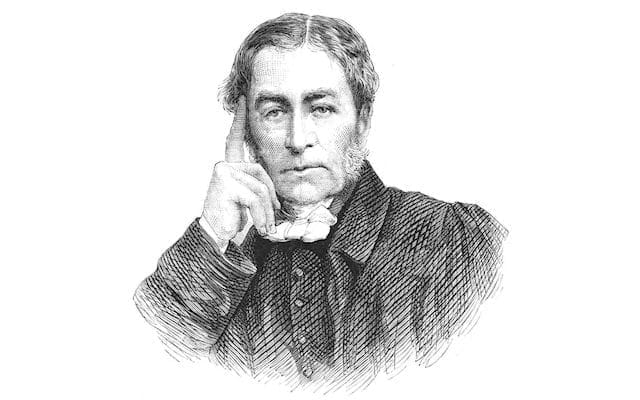 John Burgon on Sinaiticus and Vaticanus

Rev. Dean John William Burgon was a staunch advocate of the Textus Receptus over the critical texts at the time of Westcott and Hort. He collated both the Sinaiticus and the Vaticanus manuscripts personally and therefore knew his subject firsthand. In his book, The Revision Revised (1881), he lists numerous examples of the textual errors found in both the Vaticanus and Sinaiticus.

On page 11 of his book, Burgon states: "Singular to relate Vaticanus and Aleph have within the last 20 years established a tyrannical ascendance over the imagination of the critics, which can only be fitly spoken of as a blind superstition. It matters nothing that they are discovered on careful scrutiny to differ essentially, not only from ninety-nine out of a hundred of the whole body of extant mss. besides, but even from one another. In the gospels alone B (Vaticanus) is found to omit at least 2877 words: to add 536, to substitute, 935; to transpose, 2098: to modify 1132 (in all 7578): - the corresponding figures for Aleph being 3455 omitted, 839 added, 1114 substituted, 2299 transposed, 1265 modified (in all 8972). And be it remembered that the omissions, additions, substitutions, transpositions, and modifications, are by no means the same in both. It is, in fact, easier to find two consecutive verses in which these two mss. differ the one from the other, than two consecutive verses in which they entirely agree."

On page 319 of he remarks, "In the Gospels alone Vaticanus has 589 readings quite peculiar to itself, affecting 858 words while Aleph has 1460 such readings, affecting 2640 words."

In his book, Revision Revised, Dean Burgon wrote over a hundred years ago, concerning the ages of Codices Vatican (B) and Sinai (Aleph):

Quote: "Lastly, - We suspect that these two manuscripts are indebted for their preservation, solely to their ascertained evil character, which has occasioned that the one eventually found its way, four centuries ago, to a forgotten shelf in the Vatican library; while the other, after exercising the ingenuity of several generations of critical Correctors, eventually (viz. in A.D. 1844) got deposited in the waste-paper basket of the Convent at the foot of Mount Sinai. Had b (Vaticanus) and Aleph (Sinaiticus) been copies of average purity, they must long since have shared the inevitable fate of books which are freely used and highly prized; namely, they would have fallen in decadence and disappeared from sight." (Ref: P1)

In short, these two codices are old simply because, first, they were written on extremely expensive and durable antelope skins, and secondly, they were so full of errors, alterations, and deletions, that they were never used by true believers and seldom even by their own custodians. Thus they had little chance of wearing away."