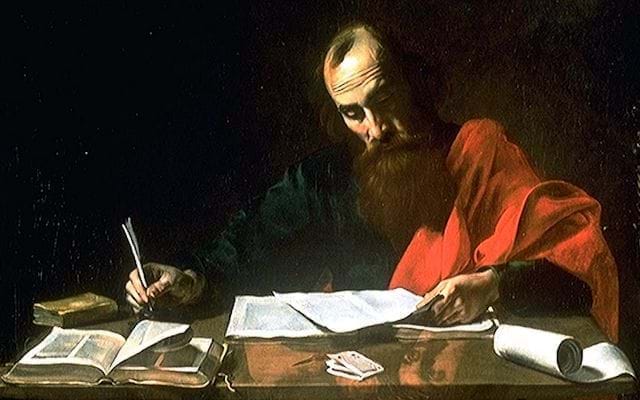 The Apostles and their Manuscripts

The entire New Testament was written through the efforts of just 8 people. Six of these were selected apostles of Christ. Three were eyewitnesses of his life and ministry (Matthew, Peter, and John). Two were the brothers of Jesus (James and Jude). One, the apostle Paul, was specially called to serve the Gentiles and for three years was taught by Christ in Arabia. The last two were Mark and Luke (who probably authored his Gospel and the book of Acts under the Apostle Paul's supervision).

What follows is a list of the people who wrote the books of the New Testament, with an approximate time span as to when they were written:

Which Books Belong in the New Testament?

In Colossians 4:16, the Apostle Paul wrote: "And when this epistle is read among you, cause that it be read also in the church of the Laodiceans; and that ye likewise read the epistle from Laodicea."

When scholars talk about how a book qualified to be called Scripture, they list five characteristics called "The Laws of Canonicity". But these characteristics are recognized in hindsight; they weren’t developed by some worldly group at a particular time in history before the books were written. God alone decided to which books he gave his inspiration.

When we talk about the selected books in the Bible we refer to them as the "Canon", which is a Greek word meaning "rule" or "measuring stick.". So how do you measure what books belong in the Bible? To develop the list of canonical books the church create the laws of canonicity, which were the guidelines they used for accepting a book into the New Testament:

1. Was the book written by a prophet of God?

2. Was the writer confirmed by acts of God?

3. Does the message tell the truth about God?

4. Did it come with the power of God?

5. Was it accepted by God’s people?

These five questions are used to determine which books "measure up" to being labeled divinely inspired. They exhibit "the marks of canonicity."

By the early third century only a few of the books that we now call our New Testament were still in question. In western regions of the empire, the book of Hebrews faced opposition, and in the east Revelation was unpopular. Eusebius of Caesarea, a church historian of the fourth century, records that James, 2 Peter, 2-3 John and Jude were the only books "spoken against" (though recognized by others).

In 367 AD Athanasius, the Bishop of Alexandria wrote an Easter letter that contained all twenty-seven books of our present New Testament. In 393 AD the Synod of Hippo affirmed our current New Testament, and in 397 AD the Council of Carthage published the same list. These are the books of the canon recognized to this day.