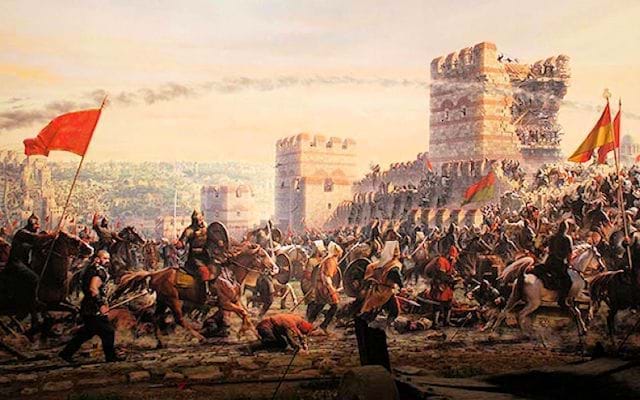 The Fall of Constantinople

In its prime, Constantinople had become a great center of learning, and in it were copies (perhaps even original autographs) of manuscripts long since lost. Constantinople had been thoroughly Greek, using a Koine-Greek Bible for over a thousand years. There were many people in Constantinople at that time who were competent in the Koine-Greek language. The city’s fall in 1453 moved such people to flee Constantinople for Europe and bringing with them a literary, linguistic and cultural legacy. Although many manuscripts were rescued by these Byzantine refugees, a great number were lost forever.