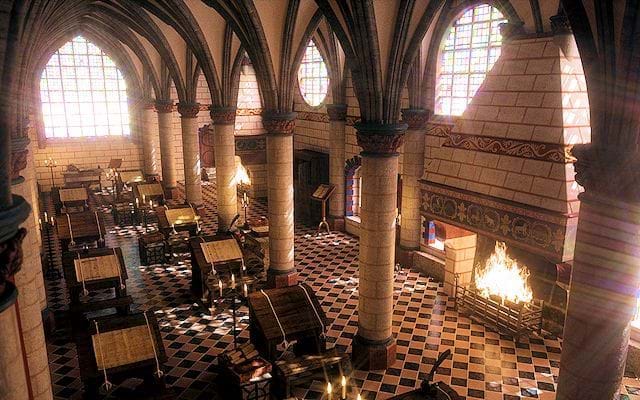 To continue our study of the Bible before the Textus Receptus, it is important to understand how God's written word was preserved. For those who don't know, the word Scriptorium literally means "a place for writing", it is commonly used to refer to a room in medieval monasteries devoted to the writing, copying and illuminating of manuscripts by monastic scribes before the advent of the printing press. After the fall of the Roman Empire Byzantium rose again to be the center of learning in the known world.

As Europe fell into the Dark Ages, the Byzantine Empire thrived. The academics of the Byzantines was born out of the Hellenistic world of Greek classics. Ironically the Europeans viewed all things Hellenistic as Pagan but the Empire was pure Christian, and it had been since Emperor Constantine (the first Christian Emperor), made it that way in the 4th century.

Byzantium, as the capital city of the Empire, had many libraries and monasteries. At its height, the Imperial Library was said to have over 120,000 codices but the largest volume of books were religious documents and Bibles and was made for the monasteries which housed the majority of the great scriptoriums.

In the Byzantine Empire, nothing was ever lost in translation. The New Testament was written in Koine-Greek and the primary language of the empire was Koine-Greek. There was simply no need for translation work. This situation existed well into the 15th century, long after the Alexandrian and Western churches had changed to other languages. By having scribes who were skillful in the Greek language, the Byzantium scriptoriums were much better placed to produce much more accurate manuscripts. This tradition lasted for over 1,000 years.